I first became aware of Supreme Vinegar from their Tweet saying they were working on a Pinotage Red Wine Vinegar.  I’ll admit that at the time I never gave much thought to the type of wine that is used to make red wine vinegar nor to the fact that the type of wine could affect the taste of the vinegar.  Being a fan of vinegar in general and a fan of Pinotage wine (kinda of obvious given this site) I reach out to Supreme.  They gracious sent me a bottle to try.

Having never been to or done any sort of formal Vinegar tasting I wasn’t sure on how to proceed.  Never to fear a quick Google search and I was reading on Vinegarman.com just how to do this properly.  Following the instructions as close as possible I tasted the Supreme Pinotage Red Wine Vinegar along with some grocery store Red Wine Vinegar and some Balsamic Vinegar I had in the pantry.  I found that bread really helped bring out the Pinotage.

After contrasting the Pinotage Red Wine Vinegar with the regular Red Wine Vinegar the Pinotage flavors really stood out.  It’s not as dramatic as comparing Pinotage Wine to Merlot but the differences were certainly there.  I then used the Pinotage Vinegar in one of my favorite salad dressings and found not only was the taste superior to what I had been using before but there isn’t any sour aftertaste like I have tasted before.

Supreme makes there Vinegar in small batches using the artisinal/industrial packed generator process which is midway between the prevalent fast industrial processes used today (quick but poor flavor) and the slow wood barrel Orleans process (slow but excellent flavor).  They do this in tanks and then use French oak chips for aging which work well though I don’t have the traditional “barrel cellar”.   Here is their owner Reginald Smith next to one of their vinegar generators. 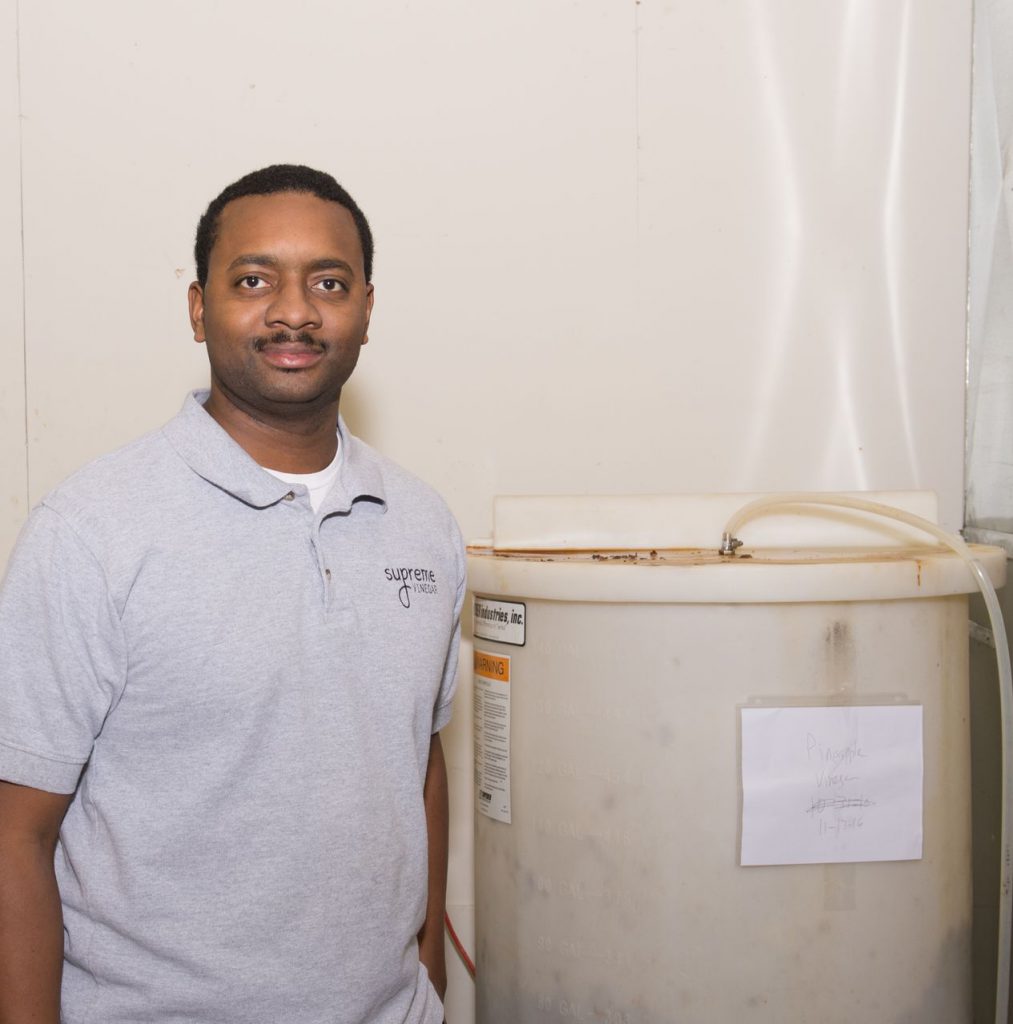